Turbines generate tremendous amounts of energy and in order to deliver this power, every turbine has to be manufactured and assembled to very precise tolerances.

The most important part of the turbine assembly process is the stacking of the rotor components. Superficially it seems easy – what could be simpler than bolting together components that have pre-drilled holes? Surely it’s as straightforward as assembling IKEA furniture, though anyone who has struggled to assemble a dresser on a Saturday afternoon knows that’s not as stress-free as it looks.

Indeed, the assembly of a gas turbine rotor is an extremely complicated and time-consuming process. It’s a Rubik’s cube of gigantic proportions – parts weighing thousands of kg with volume up to 20m3 (706ft3,) all of which must be perfectly aligned in order to rotate with little to no vibration operating at thousands of rpms. 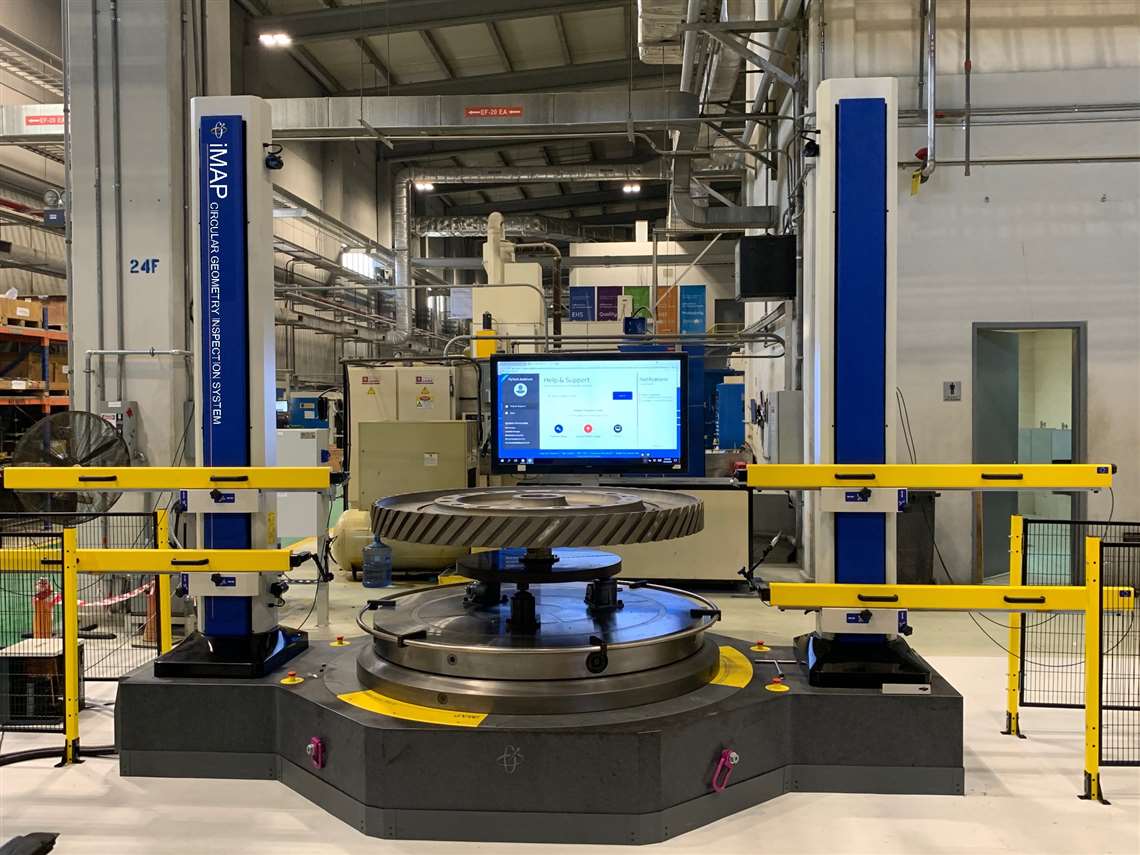 In order to do that successfully, each of the parts must be precisely machined. Tolerances for the parts are as small as one-eighth the thickness of a strand of hair, around 13µm (0.0005”) - the length of just a few bacteria placed end to end. Imperfections that can’t be seen with the naked eye can make the difference between a successful or unsuccessful assembly, and that can only be determined after the rotor is fully assembled.

To complicate matters, each part in the assembly can be put in many positions with respect to its neighbors, creating an almost unfathomable number of permutations of parts. For example, a set of parts for a GE F-class compressor rotor has more than 6 quintillion possible assembly configurations – that’s 6 followed by eighteen zeros. At a rate of a million assemblies per second, it would take over 200,000 years to try them all. But a single assembly will take days at a minimum, and there’s no room for error - it needs to be right. Failure means a time-consuming “teardown” followed by reassembly, which interrupts the entire manufacturing process and can cost tens or even hundreds of thousands of dollars in damaged parts, labour and delivery penalties.

Gone are the inaccurate and outdated manual inspection processes once favoured by OEMs, where 8 or 12 data points per part surface were manually measured using a dial indicator, sometimes taking a shift or more to inspect a single part. In the old days, rotor assembly was like a shot in the dark, where albeit highly skilled engineers used look, feel and a bit of good luck to try to meet the extremely demanding tolerances, but rotor teardown rates were as high as 50%.

iMAP can measure as many as 4000 data points per surface on up to 8 surfaces at sub-micron accuracies in a single 30-second revolution of a part. This automated data collection improves gauge R&R by up to 10 times compared with traditional methods, reduces inspection times by 90% and results in tremendous annual labour savings.

The “holy grail” of iMAP is its IntelliStackTM software, for rotor assembly modeling. iMAP stores inspection data in a centralized database, and IntelliStackTM uses that data to construct a mathematical assembly of each rotor prior to the actual assembly, calculating and mapping an optimal position for each part. This virtual assembly process is known in the industry as “rotor stacking” and it’s been used successfully by manufacturers worldwide. According to Robert M. Petroskie, a Technical Leader at GE Energy and a specialist in rotor stacking:

“The primary benefit from iMAP in the stacking process is the accuracy of the data. The old saying “Garbage in Garbage Out” is very true to this process. We are becoming more and more critical of the rotor stack end result, so we must be more and more critical of the data we enter into our stacking process. iMAP provides the accuracy required to collect good data.”

iMAP is an ultra-high accuracy circular geometry inspection and assembly system that was specifically designed to measure and assemble turbine rotors. iMAP is fully compatible with any shop floor environment whilst maintaining world-class accuracies more commonly seen in the standards laboratory. It has been independently verified and proven by industry experts to offer manufacturers significant operational improvements over their traditional measurement methods, saving time, money and resources by significantly reducing inspection times and the need for costly teardowns due to inefficient rotor assembly optimization.

AccuScan - iMAP’s computer-based data acquisition software, with measuring resolution as small as 25 nm (0.000001”) and simultaneous measurement of up to 8 surfaces.

A free viewer, for easily sharing inspection data and generating reports and CSV output. If a turbine was built in the UK and then repaired and overhauled in Singapore, the engineer in Singapore could look at the as-built inspection data to see what’s changed, which in turn keeps airline operators happy by cutting the time and costs of overhauls.

Major OEMs are now looking for alternative methods to combat the costly teardown of rotors, and an iMAP is an essential tool for meeting that goal. An extremely high level of accuracy is needed to assemble turbines, which are really 35-tonne disks of metal spinning at 3600 revolutions per minute. With iMAP, they can be assembled more efficiently and to a higher quality level, requiring less maintenance and less downtime over their long lifetimes.

By Peter Marchbank, Managing Director of Rotary Precision Instruments (RPI), a specialist developer and manufacturer of precision positioning devices for high accuracy rotary and angular inspection systems for over 80 years.