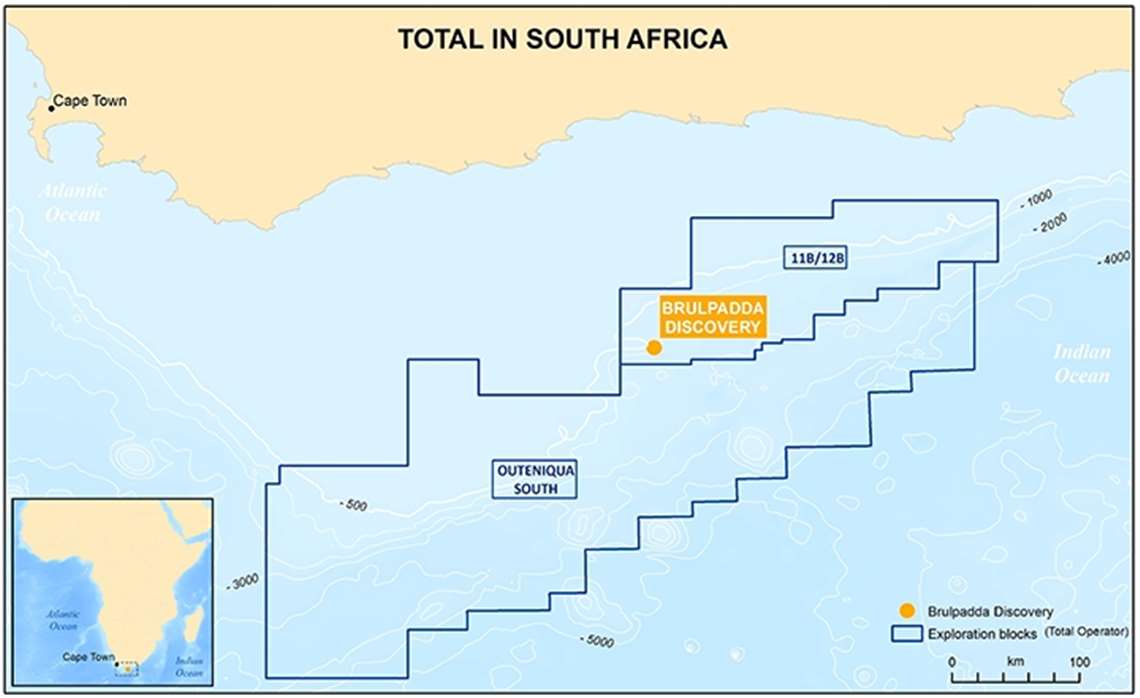 French oil and gas company Total said it has made a significant gas condensate discovery on the Brulpadda prospects, located on Block 11B/12B in the Outeniqua Basin, 175 km off the southern coast of South Africa.

Industry consulting firm Wood Mackenzie estimated the find could be as big as 1 billion barrels of oil equivalents.

The Brulpadda well encountered 57 m of net gas condensate pay in Lower Cretaceous reservoirs. Following the success of the main objective, the well was deepened to a final depth of 3633 m and has also been successful in the Brulpadda-deep prospect, the company said.

“We are very pleased to announce the Brulpadda discovery which was drilled in a challenging Deepwater environment,” said Kevin McLachlan, senior vice president Exploration at Total. “With this discovery, Total has opened a new world-class gas and oil play and is well positioned to test several follow-on prospects on the same block.”

Total drilled this exploration well with the latest generation drilling ship and was able to leverage its experience in similar environments, such as the West of Shetland, UK.

Following the success of Brulpadda and confirmation of the play potential, Total and its partners plan to acquire 3D seismic this year, followed by up to four exploration wells on this license.
The Block 11B/12B covers an area of 19 000 sq. km, with water depths ranging from 200 to 1800 m, and is operated by Total with a 45% working interest, alongside Qatar Petroleum (25%), CNR international (20%) and Main Street, a South African consortium (10%).