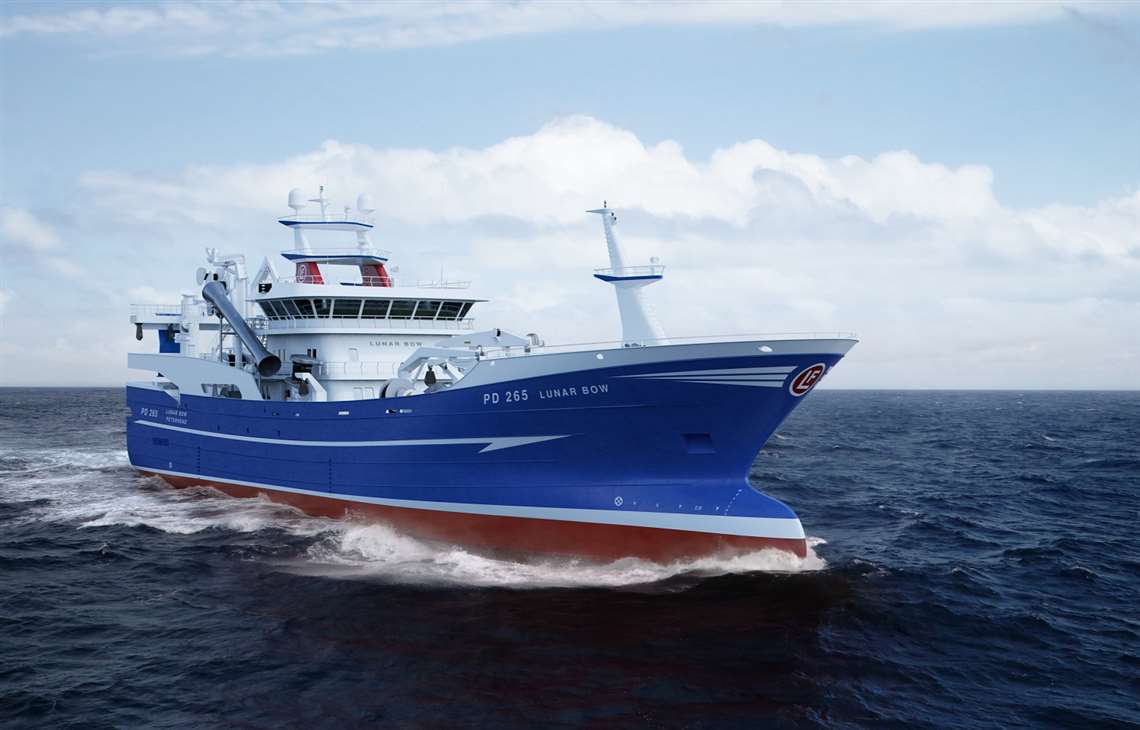 Wärtsilä said Lunar Fishing Co. is replacing its existing purse seiner trawler with a new ship powered by one of its engines.

The vessel is being built at the Karstensens Skibsvaerft shipyard in Denmark and the order with Wärtsilä was booked in October 2017.

Wärtsilä will also supply a controlled pitch propeller (CPP) and a two-speed gearbox. The two gear ratio settings facilitate a reduced propeller speed at an optimal and constant engine speed, which also contributes to achieving lower fuel consumption and reduced emission levels, the company said. Furthermore, at low propeller rpm, the hydro-acoustic noise is minimized, which is an important consideration for the vessel’s fishing capabilities, the company said.

Controlling the entire propulsion operation will be Wärtsilä’s ProTouch system, a comprehensive arrangement of levers, touch-screen interfaces, displays, indicators, and modules that ensures optimal visibility for the operator, the company said.

“We have worked closely with both the owner and the yard for many years, and we are honored that Wärtsilä has once again been selected for this latest project. We are especially pleased that the new Lunar Bow will feature the complete propulsion system from Wärtsilä, including the main engine, CPP, gearbox and ProTouch control system. This is the third fishing vessel with a Wärtsilä 31 main engine that we have on order at the Karstensen yard,” said Stefan Wiik, vice president, Engines, Wärtsilä Marine Solutions.

The Wärtsilä equipment is scheduled to be delivered to the yard in early 2019 and the vessel is expected to begin fishing operations in the North Sea later that year.