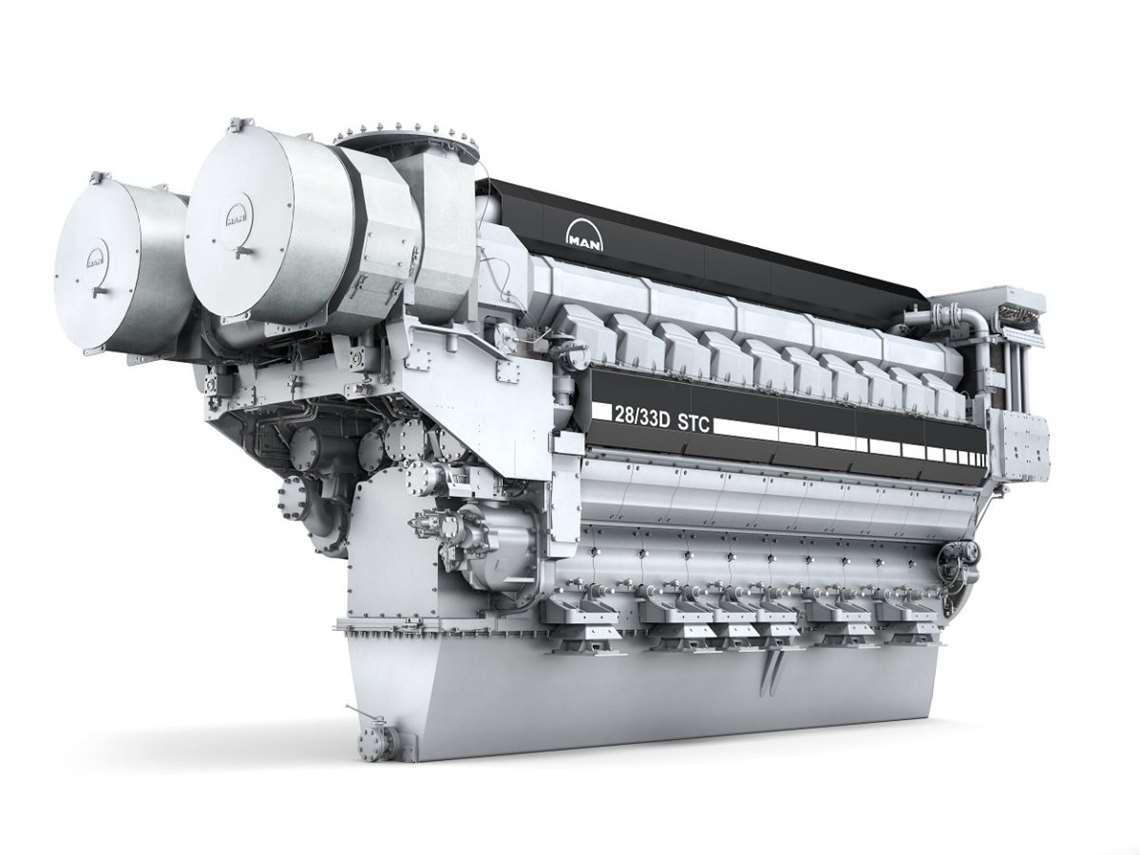 The program is the replacement platform for the 13 ‘Famous’ class and 14 ‘Reliance’ class cutter vessels, making the order the largest vessel procurement order in the Coast Guard’s history, MAN said.

“We are very pleased to have won this major order within such a key, domestic market,” said Lex Nijsen, head of Four-Stroke Marine – MAN Diesel & Turbo. “It’s a breakthrough for us as this is the first time that the USCG has ordered MAN 28/33D STC engines. Indeed, the engine’s sequential turbocharging (STC) concept continues to make inroads into the Navy and Governmental segments where its inherent power characteristics offer a maneuverability that matches such demanding applications well. This success was achieved in great part through close cooperation with our longstanding partner and licensee, Fairbanks Morse Engine (FME).”

Each of the new 110-m cutters will be powered by two MAN 16V28/33D STC engines, developing 7280 kW each at 1000 rpm. FME will produce and test the engines at its Beloit, Wisconsin, USA plant, while Eastern Shipbuilding Group Inc., based in Panama City, Florida, USA, will design and construct the OPC ships. Initially, the USCG has ordered nine ships with plans to ultimately produce 25. Delivery of the first ship of the class to the USCG is scheduled for 2021.

The sequential turbocharging (STC) concept operates with twin, high-efficiency MAN TCA33 axial turbochargers—which were specially developed for the MAN 28/33D STC engine—with the option to switch the second turbocharger off at low engine loads. Using the STC system allows the engine to be operated at its optimum operating point over the whole applicable load range, the company said.

The overall result when using an STC system is an extended operating envelope at low engine speeds, which gives a power reserve for ship acceleration, ship turning, sprints or towing.

Fairbanks Morse Engine has been partner and licensee for MAN Diesel & Turbo engines since 1968 and manufactures medium-speed MAN engines for US government projects.

FME is a company within EnPro Industries, Inc., which has businesses in sealing products, metal polymer and filament wound bearings, components and service for reciprocating compressors, diesel and dual-fuel engines, and other engineered products for use in critical applications.