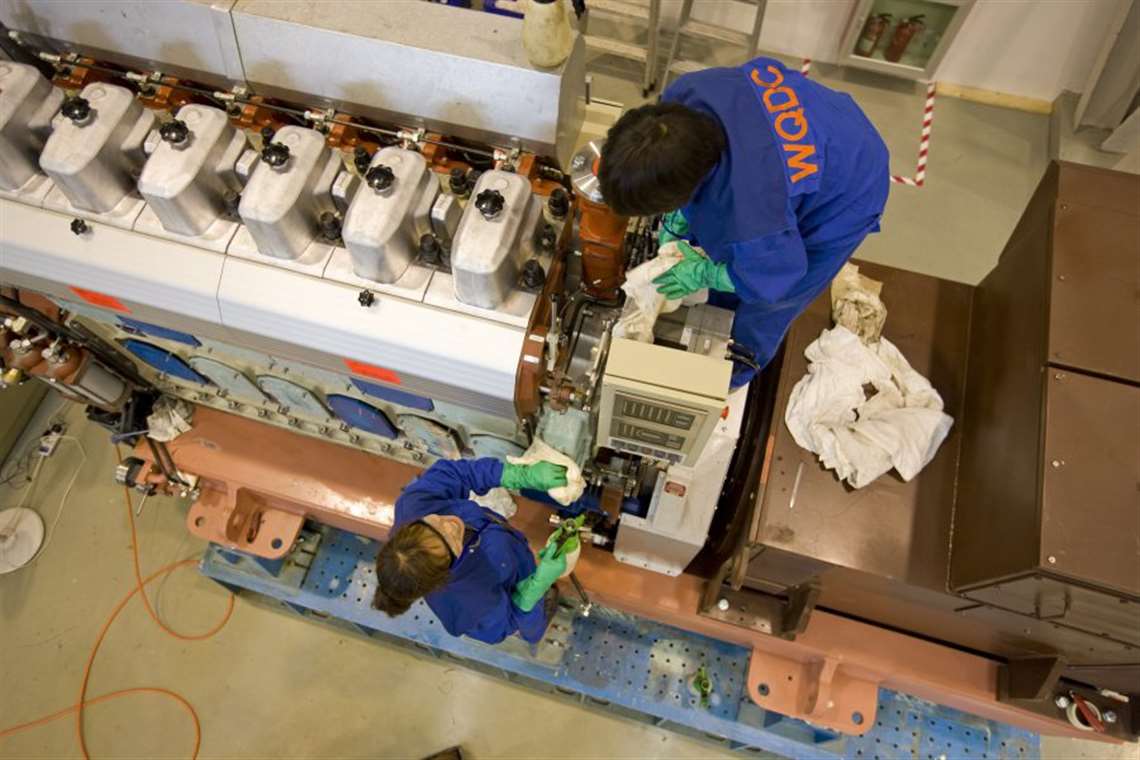 Despite an uptick in the fourth quarter orders in both marine in power segments, Wärtsilä experienced a “poor financial performance” in 2019, according to President and CEO Jaakko Eskola.

“Although the increase in both marine equipment deliveries and service volumes resulted in stable net sales for the group, our operating result was well below the previous year,” Eskola said during the company’s annual earnings report. “Performance was weakened in the second half of the year by cost overruns in a handful of complex marine and energy projects, which were caused by inaccurate assumptions in cost estimates, insufficient risk identification, and supplier related challenges.”

For 2019, order intake decreased 16% across both segments.

The company expects 2020 to be as challenging, with demand expected to be “somewhat below” that of 2019. In the marine segment, the company said trade tensions, geopolitical uncertainty, and a possible slowdown in the global economy are affecting investment decisions in the shipping industry, especially in the bulk carrier and container sectors. Changes in the financial landscape have resulted in challenges to securing financing for newbuilds. The continued oversupply in the market, together with low contracting volumes, have led to further price pressure. Consolidation among the major shipyards is a potential risk that might result in lower capture rates in equipment sales due to changed relationships with the shipyards, the company said. The company noted that during 2019, 1,153 contracts for new vessels were registered (1237 in 2018, excluding late contracting).

The focus on environmental issues and related regulations are driving increased efforts to minimize the environmental footprint of the shipping industry. This is resulting in a growing interest in LNG as a fuel and hybrid battery packs across vessel segments, the company said. While fuel price spreads are supportive of investments in scrubber technology, uncertainty around future developments and fuel availability has delayed decision-making among customers.

In the power generation markets, fragile economic growth, and slow decision-making related to the ongoing energy transition continue to be the primary risks for demand development. Geopolitical tensions and the implications of trade barriers are also notable challenges to the demand environment. Significant currency fluctuations can result in investment decisions being postponed in certain countries. Price pressure resulting from the prevailing competitive environment remains a risk.

“Looking further ahead, we see energy production and marine transport being greatly affected by the need to improve their environmental footprint,” Eskola said. “Wärtsilä, with its broad offering of flexible technologies and strong in-house capabilities, has the solutions needed to enable the shift to low-carbon energy sources in both our end-markets. Furthermore, we will continue to emphasize the strengthening of lifecycle partnerships with our customers to support progression towards our long-term target of profitable growth.”

In the power segment, activity in the liquid- and gas-fueled power plant markets was well below that of the previous year. Energy policies are being developed to drive ambitious decarbonization targets, and utilities continue to update their investment strategies accordingly, the company said. This, combined with macroeconomic uncertainty, has slowed decision-making globally. The low number of new power plant projects resulted in a tough competitive environment. In contrast to the challenges in the equipment business, the demand for services was solid, as customers continued to see the benefit of enhancing installation reliability with long-term service agreements.

Wärtsilä’s market share in the up to 500 MW market segment increased to 17% (14), while global orders for natural gas and liquid power plants decreased by 44% to 11.6 GW during the twelve-month period ending in September 2019 (15.1 GW at the end of June). Global orders include gas turbines and Wärtsilä orders with prime movers over 5 MW in size. The data is gathered from the McCoy Power Report.