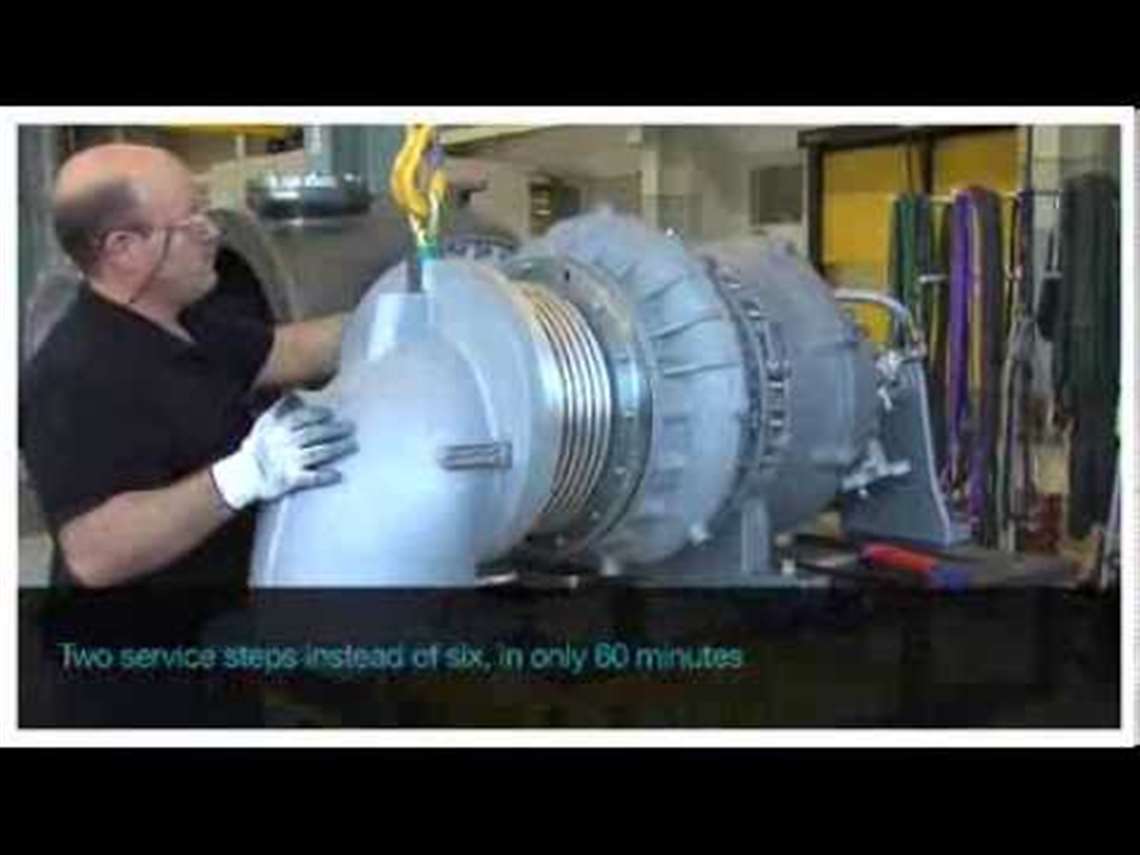 BY ROBERTA PRANDI AND IAN CAMERON

“Since the launch of the first generation two-stage turbocharger, we

The Power2 design also pays attention to layout optimization with dedicated components, to save engine room space. According to ABB, the footprint of the Power2 turbochargers is 20% smaller than a solution based on a conventional system.

Ensuring ease of service and maintenance and eliminating downtime were key design goals for Power2, the company said. The Power2 800-M comes with an extractable cartridge that allows turbocharger overhauls without touching any engine connection, thus helping reducing overhaul time by 30%.

The first commercial application of Power2 850-M turbochargers will be on an icebreaker to serve the Yamal liquified natural gas (LNG) project in the Russian Arctic, powered by a Wärtsilä W31 marine engine. ABB explained that fuel efficiency and reliability were the two major deciding factors in the design specification. Other key considerations were operational flexibility as well as performance in extreme environmental conditions as the vessel will operate in temperatures down to -50°C.

Other forthcoming marine applications of Power2 850-M include a Danish-built purse seiner/trawler to operate in the North Atlantic, North Sea, and Norwegian waters, and a car and passenger ferry to be built in Finland for a Danish operator.

“Both frame sizes are already commercially available,” said Burgwal. “I expect to see these new turbochargers to be utilized in offshore, specialized vessel, fishing boats, and smaller cargo vessels, typically for diesel and gas engines in the entire medium-bore range.”

The company also received an order for its first Power2 845-M unit for a fishing vessel.

ABB said the latest generation of Power2 800-M allows fuel flexibility as it can be used on engines burning all marine fuel types.

But the applications for ABB’s two-stage turbochargers are not limited to marine vessels, in fact the frame size Power2 550-M has been installed in a German combined heat and power (CHP) plant that will deliver 190 MW of power using 20 GE Jenbacher J920 FleXtra gas engines with ABB’s Power2 turbocharging, upon commissioning at the end of 2018.

The Küstenkraftwerk CHP plant is located on the east bank of the Kieler Förde inlet in Kiel, Germany. Thanks to the high efficiency as well as advantageous environmental characteristics of natural gas, this plant will emit over 70% less CO2 than the previous power plant, ABB said.

Engine manufacturer Wärtsilä has chosen the two-stage Power2 turbochargers by ABB for its marine and power plant engines. Besides, the W31 ABB’s Power2 is also applied for its W32TS engine, which is the two-stage turbocharged version of the Wärtsilä 32 series, which scored two power generation projects in late 2016 and early 2017.

The power plant will provide electricity to the Geita gold mine, located in the Lake Victoria goldfields of the Mwanza region in north-western Tanzania and is expected to be operational during the first quarter of 2018.

The second plant is a 38-MW power plant for a Wärtsilä’s Saudi Arabian customer and includes other four Wärtsilä 32TS two-stage turbocharged engines.

At the time of the announcement, Wärtsilä said that the 32TS engine is optimized for extreme ambient conditions; in fact it is designed to deliver outstanding efficiency with reduced fuel and water consumption in high altitudes and hot temperatures while complying with the World Bank’s EHS (Environment, Health and Safety) guidelines for NOX emissions. This Saudi Arabian power plant will be the first Wärtsilä 32TS installation to operate primarily on crude oil, with heavy and light fuel oils as backup fuels.

“Compared to what our competitors offer, we emphasize that ABB’s is a very compact design with a 20% smaller footprint than with our first generation,” Burgwal said.

He added that the fuel savings by applying two-stage turbocharger helps to significantly reduce operational costs. “Operational cost reduction is so important in the cost-driven market we have at the moment.”