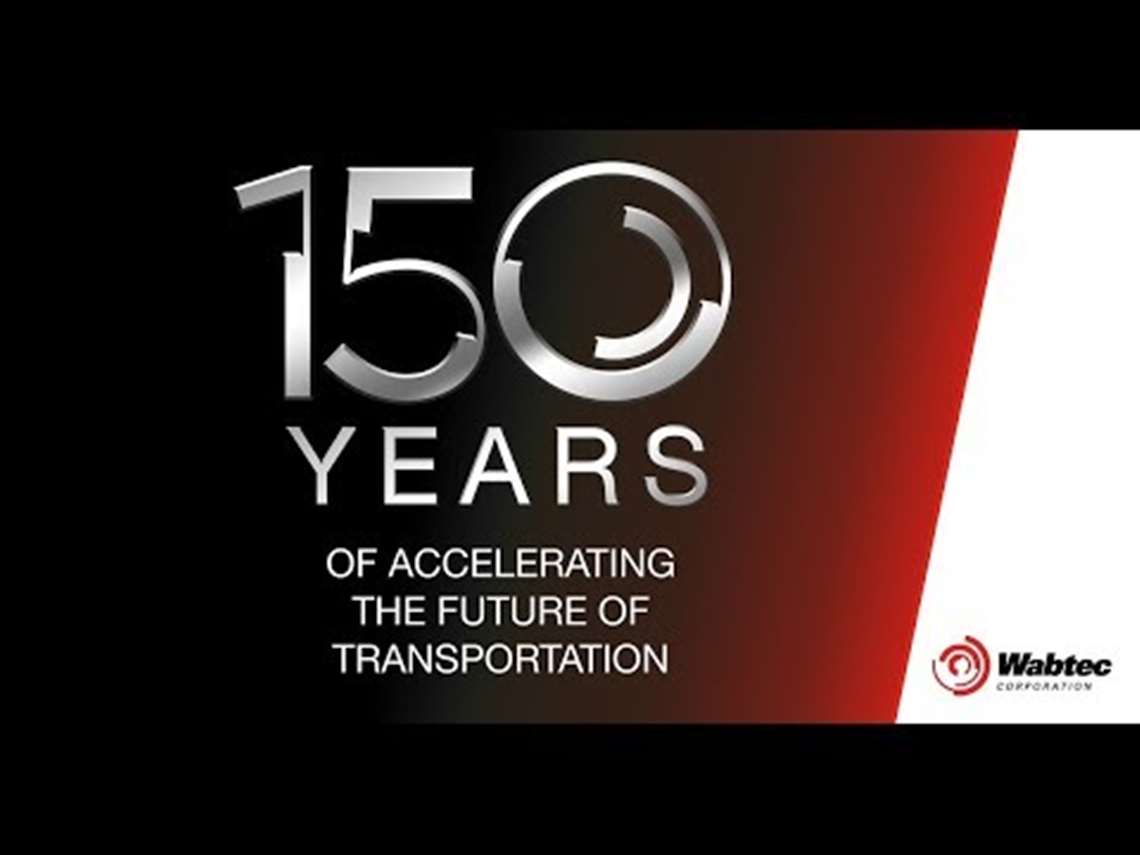 Wabtec Corp., a supplier for the freight and transit rail industries, celebrated 150 years of innovation and the grand opening of its new headquarters in Pittsburgh, Pennsylvania, USA.

The company’s origins began in Western Pennsylvania with founder George Westinghouse Jr.’s invention of the automatic air brake – a breakthrough that redefined the transportation industry and saved lives.

“The air brake was a transformational technology for the rail industry and helped drive economic growth worldwide by enabling railroads to safely move more people and products on longer trains at higher speeds,” said Rafael Santana, president and chief executive officer of Wabtec.  “Building on this deep heritage of breakthrough ideas and 150 years of company success, Wabtec continues to pave the way for modern safety advancements and set the bar for innovative solutions. Whether it’s positive train control, advanced diesel-electric locomotives, energy management solutions or robust software and analytics, our time has just begun, and we are committed to transforming the future of rail.”

The American Society of Mechanical Engineers (ASME) recognized the significance of Westinghouse’s air brake to society with a Historic Mechanical Engineering Landmark designation. The Westinghouse air brake joins an exclusive collection of 273 artifacts from around the world that have been designated historic mechanical engineering landmarks, heritage collections or heritage sites. The ASME History and Heritage Committee selects these artifacts based on their engineering attributes, role in the evolution of the mechanical engineering profession, and significance to society in general.
“Since the invention of the wheel, mechanical innovation has influenced the development of civilization, as well as public welfare, safety and comfort,” said ASME President-nominee Bryan Erler at a plaque presentation to Wabtec commemorating the landmark designation. “Westinghouse and his invention of the air brake helped drive the evolution of mechanical engineering. His company transformed the rail industry and it continues to do so.”

Wabtec, which finalized its purchase of GE Transportation earlier this year, said it is building upon the foundation Westinghouse laid 150 years ago by continuing to bring new innovations to the transportation market, as well as commemorating where its roots started. The Fortune and S&P 500 company officially opened its new global headquarters in Pittsburgh.

“The story of Wabtec is the story of Pittsburgh – innovative, proud and comfortable on the world stage. I want to congratulate the company on this historic anniversary and its new global headquarters on our North Shore,” Pittsburgh Mayor William Peduto said.

As part of its 150th-anniversary celebration, Wabtec celebrated its new, state-of-the-art offices in the heart of Pittsburgh’s North Shore community. The office will house roughly 250 employees and play a critical role in accelerating the future of transportation.